NetEnt AB partners with ATG ahead of Sweden Launching 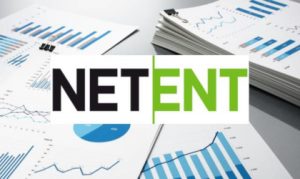 Less than a week after launching some of its latest titles in the western Canadian province of British Columbia and online casino games and solutions developer, NetEnt AB has now announced the signing of a supply deal with the principal horseracing operator in Sweden.

The Stockholm-based innovator used an official press release to explain that the new agreement with AB Trav och Galopp (ATG) is expected to see a range of its online games made available to players in Sweden from the first day of next year.

Owned by the Swedish Jockey Club and the Swedish Trotting Association, ATG is taking advantage of fresh legislation ratified in June that is due to introduce a regulated iGaming market to Scandinavia’s most populated nation from January 1, 2019. As such, NetEnt AB stated that it intends to help the budding operator ‘to be ready to operate’ from the first day this sector opens.

Last month saw NetEnt AB begin trialing a freeplay affiliate service while its Chief Product Officer, Henrik Fagerlund, more recently declared that he was ‘very proud’ to be partnering with ATG in order to bring his firm’s games to ‘the new Swedish regulated market.’

“ATG has a very strong brand in Sweden, and with our experience in online casino and regulated markets I am confident that we can support ATG in their ambitions to grow outside of horseracing.”

Games to ‘play an important role’:

For his part, Mikael Backe, Chief Product and Business Development Officer for ATG, proclaimed that the deal with NetEnt is due to ‘play an important role’ in helping the operator to achieve its ambition of creating ‘a responsible and exciting casino experience’ that features ‘long-lasting relations’ with its players.

Leading developer and supplier of cutting-edge online and mobile games, Yggdrasil Gaming, has agreed a content deal with AB Trav och Galopp (ATG), Sweden’s principal horseracing operator. According to the press release, the [...]

Evolution Gaming selected as supplier for ATG in Sweden