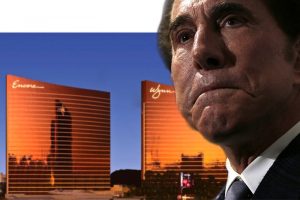 Wynn Resorts executives intentionally concealed sexual misconduct allegations against the company’s founder and former boss, Steve Wynn, according to a report by the investigative team of the Massachusetts Gaming Commission.

Massachusetts regulators kicked off Tuesday a critical three-day hearing focused on how the Las Vegas hotel and casino powerhouse handled the multiple allegations leveled against Mr. Wynn by staff members and whether company officials hid information about those allegations.

The ongoing hearing could be the final step before MassGaming announces its final decision on whether Wynn Resorts is suitable to operate the $2.6 billion Encore Boston Harbor. The casino resort is slated to open doors in June.

Massachusetts regulators finally released Tuesday the 199-page report into the sexual misconduct allegations compiled by its investigative team after an extensive months-long probe into the matter. The investigation was launched shortly after the publication of a Wall Street Journal article in January 2018 that detailed a decades-long pattern of sexual misconduct by Mr. Wynn.

The MassGaming report concluded that a limited group of Wynn Resorts executives and employees have neglected the casino operator’s policies when it came to sexual misconduct allegations against the company’s former boss. The embattled businessman has maintained that the allegations were “preposterous.”

Wynn Resorts was awarded a license to build and operate a casino resort in the Greater Boston area in 2013. Back then, the company was subject to thorough checks into its suitability to operate the luxury property in the lucrative area.

According to MassGaming’s report, the executives’ “efforts at secrecy made it exceedingly difficult, if not impossible, for gaming regulators to detect this potentially derogatory information through typical regulatory means.”

The report went on that the actions of those executives contributed to a “culture where employees were reluctant to report” allegations against their boss.

Wynn Resorts Lauded for Its Efforts 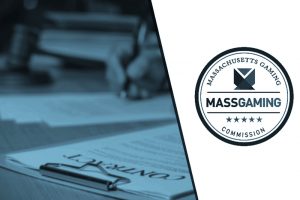 Business experts and women’s rights advocates praised Wynn Resorts during Tuesday’s hearing for its efforts to eradicate a culture that made it possible for sexual misconduct allegations against its chief to remain concealed for decades.

Over the past year, the casino operator made sure that more women were hired to key leadership posts and were admitted to its board of directors. In addition, Wynn Resorts made sure to oust all executives that were found to have held back information about the sexual misconduct allegations against Mr. Wynn.

The company has submitted an 18-page document with its new controls of handling reports of sexual misconduct to the Massachusetts Gaming Commission shortly before the start of the three-day hearing.

The hearing continues today and tomorrow. During the remaining two days, MassGaming will continue collecting evidence from attendees which it will use when making its decision about the future of Wynn Resorts in Massachusetts.

The gaming regulator will likely need several weeks before announcing its decision. Based on information gained during the hearing, the investigation, and a number of other factors, the Gaming Commission could revoke Wynn Resorts’ license or place limitations to it, or fine the casino giant.

The company was recently slapped a $20 million fine by the Nevada Gaming Control Board but was allowed to keep its license in the state, despite being found to have failed to detect and handle the sexual misconduct allegations properly.

A joint venture of Greek companies was awarded the construction contract for the City of Dreams Mediterranean casino resort Integrated Casino Resort Cyprus Ltd. (ICR Cyprus) awarded Tuesday the concession for the construction of what would be the Republic [...]