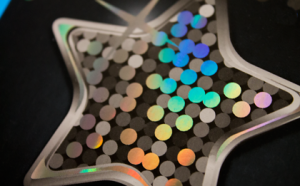 Instant games were a major factor in the Michigan Lottery‘s record-breaking contribution to the state’s School Aid Fund in fiscal year 2018, having contributed a whopping $941.3 million to its beneficiary.

According to a Monday press release from leading supplier of instant tickets, Pollard Banknote Limited (TSX: PBL), which congratulated the midwestern U.S. state’s lottery, last year’s nearly $3.6 billion in record sales can be attributed in large part to a significant 12.6 percent boost in sales of instant games.

“we are celebrating our success“

The Canadian lottery partner further states in its press release that of all U.S. lotteries, the Michigan Lottery is the only one to have distinguished itself as having achieved instant sales growth in the double digits for the past five years in a row. And according to the release, Michigan‘s lottery looks to be on track for an equally outstanding year, considering that fiscal year 2019 year-to-date sales of instant games are up 15 percent when ‘compared to the similar period for fiscal year 2018, which ended on September 30, 2018.’

The Winnipeg firm, Pollard Banknote, has since 1996 helped to facilitate strategic planning by the Michigan Lottery on various instant game initiatives, such as market research and retail strategy, as well as introducing innovative products. Contributing to the success of the Lottery over the past year is the company’s patented product, Scratch FX, which adds a visual impact to instant game tickets. In fiscal year 2018, Scratch FX was used by the Michigan Lottery on over 20 instant games, including the family of Tax Free tickets offered at price points of $1, $2, $5 and $10.

“does an excellent job of keeping players excited“

The innovations from the firm, which according to a 2017 report from Bloomberg published by global media organization, Fortune, is the second-largest supplier of instant lottery tickets in the world, were also used to reanimate a few of the Lottery’s base games, such as Wild Time and Cashword. Included in the refresh were the Lottery’s $5 and $10 Wild Time games, along with the $20 Super Bonus Cashword ticket, which was manufactured with the Scratch FX innovation and in an oversized format.

Director, Sales & Marketing for Pollard Banknote, Donna Preziotti, commented on the achievement, stating that the company has “enjoyed a great relationship with the Michigan Lottery for over 20 years.” 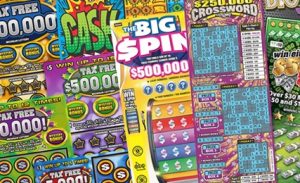 “The Michigan Lottery does an excellent job of keeping players excited with a variety of offerings in its instant ticket portfolio, and we are excited for the opportunity to continue helping the Lottery introduce new strategies and products to promote continued growth,” added Preziotti.

Also commenting on the accomplishment was the Michigan Lottery’s Deputy Commissioner of games and Marketing, Glenn Strong, who said…

“The recent record-breaking years have been an exciting time for the Lottery. We are always looking for new ways to drive instant sales, so we are celebrating our success, but also looking forward to discovering new ways to increase the Lottery’s contributions to the School Aid Fund in coming years.”

Since its inception in 1972 and first year of sales the following year, the Michigan Lottery has contributed $22.1 billion to Michigan education, including over $700 million each of the past 11 years. And for the past five years, contributions from the Lottery to the School Aid Fund total $4.1 billion, with about 7.5 percent of the fund comprised by Lottery revenues. Other sourcing for the fund include state sales and use tax, earmarked income tax, state education property tax, as well as cigarette, liquor and other taxes.

According to the 2017 Fortune report, shares in the 110-year-old Canadian company [Pollard Banknote Ltd.] had more than doubled in 2017 thanks to the spike in the demand for its instant scratch-and-win lottery tickets.

In an interview at the time with Co-Chief Executive Officer & Director for the Manitoba-based company, Doug Pollard, said that scratch-and-win is the ‘fastest growing part’ of North American lotteries.

“It’s an impulse buy and you find out whether you win right away,” Pollard said.