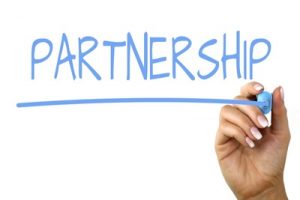 According to a press release…

The strategic move, which strengthens its international presence, will see Betsoft’s Game Aggregation Platform (GAP) act as an intermediary to enable the operator to integrate a broad range of the developer’s signature cinematic online slot games. Among the titles are popular games such as Chillipop and Faerie Spells, as well as entries from the Slots3 series.

All of the previously mentioned will be accessible to Bethard’s many players in Sweden, Germany and other jurisdictions throughout Europe.

The San Ġiljan-headquartered operator, which in December was granted licenses in Sweden and in Ireland, was founded in 2012 and has since grown to become a go-to destination for players who expect the very best in sports betting, slots and live casino. The Malta-based company has cultivated a reputation based on a balance between responsible gaming and the ultimate payer experience.

Commenting on the significance of the partnership, Betsoft Sales Executive, Francesca Raniolo, said…

“We are thrilled to be joining forces with Bethard to take gaming to the next level,” says Francesca Raniolo, Sales Executive for Betsoft. “As seasoned gamers, the Bethard team know what it takes to deliver a state-of-the-art casino experience, and as a key content partner to many of the biggest online casinos in Europe, we have the products, the platform, and the experience to support their ambitions.”

For its part, Casino Manager for Bethard, Bjørnar Heggernes, added…

“Betsoft has proven itself to be a reliable partner, and their team has a huge amount of experience in producing high-quality content.We are convinced that our players will love the games that this initial agreement gives us access to, and our aim is to build a long-lasting partnership with Betsoft.”

Under the terms of the agreement, new content from Betsoft can also be integrated over time, which gives players the opportunity to experience these innovations soon after their release.

Business-to-business online sportsbetting technologies provider, Metric Gaming, has announced the signing of an agreement that has seen it establish a United States-facing joint venture in partnership with Maltese operator, Bethard Group. Hard [...]

After finishing last year by signing an integration deal with separate bookmaker BetVictor Limited, internet casino matches and aggregator platform programmer, 1X2 Network, has now begun 2019 with a bang via the release of information that its [...]

After just last week procuring its Swedish gaming license, Maltese iGaming company, Bethard has declared that it has been granted another nationwide license, this time for Ireland. According to the official press release in the San [...]
Comments
Leave a reply