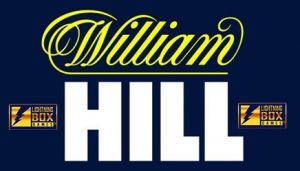 A partnership between William Hill and top-rated slots developer, Lightning Box, has grown. The two have reached an agreement to see the UK operator have exclusive omni-channel access to the developer’s latest online slot title Lightning Leopard.

Lightning Leopard was first revealed at the bookmaker’s shops during ICE London 2019. After that February debut, the title will be available online but only to players of Hill during a special five week time frame.

The two companies have worked together since late 2016 when Hill was given exclusive rights to two titles, Silver Lion deluxe and Panda Power Deluxe.

According to a recent press release…

Lightning Box CEO, Peter Causley, commented on the agreement by stating: “We have established a very good relationship with William Hill and it’s great to be able to launch Lightning Leopard exclusively both in their shops and online.

“The game has been very well-received so far in retail and we’re confident it will generate similar rave reviews once players get their claws into its desktop and mobile online equivalent.”

The game was supplied to White Hat Gaming Limited for an exclusive two week trial. The game offers a bonus game where players can choose their route via six challenges of the temple. The goal is to reach the top and be able to trigger a jackpot round!