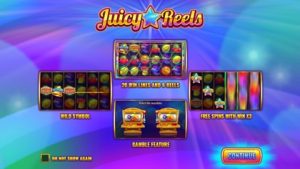 The game puts a contemporary twist on the classic fruit machine slots that can be traced back as far as 1907 when Chicago manufacturer of arcade machines, Herbert Mills, began production of his ‘Operator Bell’ slot machine, making him the first person to place the juicy fruit symbols including, cherries, plums and lemons, on machines.

According to the official press release from the online casino software developer, its modern age fruit machine is jam-packed with ‘tech-rich’ features and evokes a feeling of nostalgia in players.

However, once you start playing this six reel, 20 payline video slot game, its 21st-century spin is apparent, with its smooth user interface, techno-vibe soundtrack and shade shifting backdrop.

The groovy online slot offers Scatters, Wilds and as many as 30 Bonus Spins with a 3x multiplier providing for amped-up player experience. And of course, making it a stand-out with players, the game comes with a complete suite of Unique Wazdan Features.

Commenting on the new release, Head of Sales for Wazdan, Andrzej Hyla, said…

“We are extremely proud and excited to release Juicy Reels, a truly innovative game title taking players back to the old school while showing off the tech capabilities Wazdan brings to the new-school slot games. It has been a big year already for the team at Wazdan who have produced a huge range of new titles in just a few months. Juicy Reels is a wonderful addition that we are confident will become a quick player favorite.” 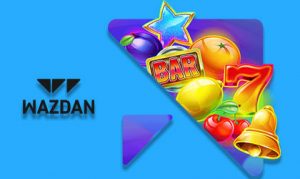 The popular game producer which has for more than a decade developed innovative casino games that deliver a truly omni-channel experience for players, today offers over 110 visually stunning HTML5 games complete with cutting-edge Unique Wazdan Features and compatible with desktop, tablet and mobile.

The launch of the Malta-based innovator’s latest creation comes on the heels of its content agreement with international gaming technology and services provider., Nektan PLC (AIM: NKTN), which through its content distribution platform, E-Lite, enables its portfolio of premium games to run seamlessly across all devices and operating systems.

Always on the grind, the developer announced the premiere of its Big Screen Mode, a new Unique Wazdan Feature which lets players zoom their games to show bigger reels, just prior to the Nektan tie-up.

According to the official media release… Under the terms of the deal, the Malta-headquartered supplier ’s portfolio packed with over 110 exciting HTML5 slots has been seamlessly integrated onto E-Lite, Nektan’s B2B content aggregator [...]

Online casino matches and alternatives programmer, Wazdan, has declared that lovers of its own portfolio of over 110 HTML5-friendly video slots is now able to utilize its Big Screen Mode invention to get even closer to the action. Growing family: [...]

Only days after inking a content distribution deal with iGaming operator, Rabbit Entertainment Limited, and internet casino matches and solutions developer, Wazdan, has now announced the signing of a similar partnership with Microgaming. Widespread [...]
Comments
Leave a reply