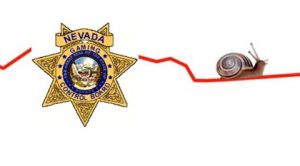 February’s gaming win for Nevada was flat, however, still managed to top the $1 billion mark, according to a Thursday report from the state Gaming Control Board.

According to the board’s Win Revenue Summary for February 2019, gaming win by casinos throughout the state was down 0.62% to $1.012 billion last month. Up 0.44% was Clark County’s win at $892.7 million, however, the Strip saw its total gaming revenues decrease 1.95% to $591.7 million. The big earner for the month was Downtown Las Vegas, which by percentage had the best performance at $58 million, an increase of 9%.

“All things considered, whenever we record a billion dollars in gaming win we are very pleased, although for this month, that still resulted in a very small decrease statewide.”

Meanwhile, gaming venues around Lake Tahoe reported significant win decreases for the month, when the area was affected by severe winter weather.

What is typically a strong period of tourism for the Lake Tahoe region, on Presidents Day weekend (Feb. 16 & 17), motorists were urged by the California Highway Patrol to cease driving on what is a key route, U.S. Highway 50.

Fox-affiliated television station, Fox40, reported at the time that at the start of the Presidents Day holiday weekend, snow was so deep that plows were not able to handle it and that several routes to Lake Tahoe were shut down, including about 70 miles of Interstate 80 stretching from Colfax, California, to the Nevada state line.

Also responsible for the lower numbers was lower baccarat win, i.e. luckier players, according to Lawton, who said…

“Baccarat was off 25.5 percent or $45.2 million due to volumes being down 18 percent on a hold of 12.77 percent vs. 14.05 percent last year. Baccarat has now decreased in seven of the last eight months; however this is more the result of poor hold as volumes are down just 1 percent over the same time period.”

According to the report, Nevada’s 135,000-plus slot machines produced casino win totaling $608.3 million for February while table games came in much lower at $403.2 million. The 2.2% decline from the same time last year was the sixth consecutive month that slot win held the upper hand.

Meanwhile, the state’s three-month gaming revenue trend showed win as flat, up just a smidge at 0.08% for the months of December, January and February. 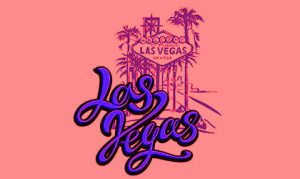 The state’s sportsbooks won $35.8 million, a whopping 235% improvement over last year and a record handle of $458.6 million for the month. Sportsbooks win for Super Bowl LIII this year was higher than last year, and basketball also swelled by $8.1 million.

A Thursday tweet from gaming industry expert and associate vice provost of faculty affairs at UNLV, David Schwartz, communicated that the performance by the Silver State’s sportsbooks “seems to vindicate those who said the broader expansion of sports betting (nationwide) would not hurt Nevada’s sportsbooks.”

The number of sports and events Nevada sports bettors can wager on grows every year.
According to the Legal Sports Report, currently, sports available to bet on in Nevada include:

Citing the UNLV Center for Gaming Research (pdf) according to Play Nevada, the amount of money wagered on sports in the state has grown every year since 2004. And with the U.S. Supreme Court declaring the Professional and Amateur Sports Protection Act (PASPA) unconstitutional in May 2018, that is a trend that figures to continue throughout the United States in 2019 and beyond.

In Maine, a representative by the Passamaquoddy tribe reportedly testified facing state lawmakers earlier this week in hopes of helping get a legislation passed which could see ‘The Pine Tree State’ receptive its very first aboriginal casino. [...]

At San Diego County, the Sycuan Band of the Kumeyaay Nation celebrated the grand opening of its $260 million Growth on Wednesday, April 27, 2019. The major undertaking began in March 2017, once the tribe broke ground on the project which included 500,000 [...]
Comments
Leave a reply