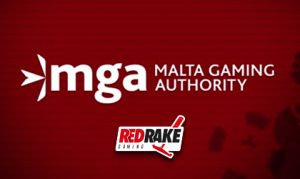 It’s back-to-back news for Spanish game maker, Red Rake Gaming, as the Valencia-headquartered firm announces that it has secured a license with the prestigious, Malta Gaming Authority (MGA).

According to the official press release…

It is the online casino games developer’s second license within four weeks, having been granted a remote B2B Gambling Software license and a Game Host (casino) license after extensive due diligence and games testing by the United Kingdom Gambling Commission (UKGC) in January this year.

With numerous clients preparing to launch Red Rake’s exciting portfolio of games, the newly-granted MGA license will enable it to further expand by being able to offer its wide-ranging games suite to the vast number of operators licensed by the gaming industry regulator.

In keeping with its marketing strategy, the Spain-based developer now boasts a wide array of markets in which players can experience the feature-rich gaming content, including Romania, Portugal, Italy, Malta, the United Kingdom and Spain.

“Securing the MGA license is another big step in Red Rake Gaming’s strategy and increases our capability to be able to supply the large concentration of operators located on the Island. This further solidifies our commitment and expansion on the Island after recently setting up our commercial and business development team in Malta.

“shaping up to be a great year“

“Based on the demand for the Red Rake Gaming portfolio, which was even more apparent after a very successful ICE exhibition, we expect to continue growing our footprint in Malta. 2019 is already shaping up to be a great year for the company and a big well done goes out to all involved in securing the license,” Barr explained.

MGA licensing is on the heels of Red Rake’s launch of its latest title, Bonnie and Clyde. The brand-new video slot is feature-packed and takes players on a rip-roaring adventure with the notorious “Public Enemy Era” gangsters.

January was a busy month for the developer as it made its first appearance at ICE London 2019 and showcased five different casino genre’s offered to their partners: slots, video bingos, video pokers, blackjack and roulette, giving attendees insight into the company and its next groundbreaking releases planned for this year.

Based on the official press launch … The Spanish games innovator’s newest title is a 5times;4 reel and 50 pay-line video slot that’s packed with additional spins. In the game, players are transported through the years to [...]
Comments
Leave a reply