Civil Service of Northern Ireland Has No Power to Restrict FOBTs 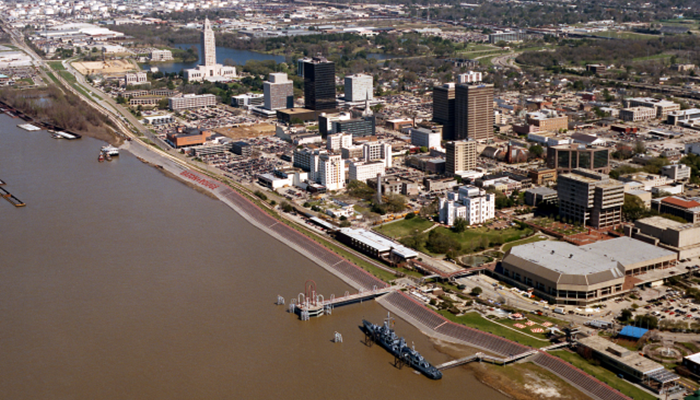 After on April 24, the Louisiana State Senate voted 22-14 to approve a riverboat casino bill, the House has now similarly agreed to allow the state’s 15 riverboat casinos to move onshore.

The 51-year-old Democratic governor is expected to sign the measure into law. According to a Wednesday report from NOLA.com The Times-Picayune, Edwards has previously said that he would likely sign the bill, however, the governor’s spokesman, Richard Carbo, said on Tuesday night that prior to making a final decision the governor would be reviewing the proposal.

As written, a current restriction that limits facility’s to 30,000 square feet of gambling space would reportedly be replaced with a cap of 2,365 gambling positions per riverboat casino. Under the proposed law, a gambling position reportedly encompasses everything from seats at slot machines to spaces around gaming tables. SB 316 allows the gambling vessels to up their gambling positions, whether they move to dry land or not, according to the news agency.

The legislation also allows the floating casinos to hold four gambling tournaments annually, with each tourney lasting no longer than 14 days. As written, Senate Bill 316 also allows riverboat casinos to move within 1,200 feet from their existing berths, so long as they could provide the Gaming Control Board with some kind of “economic development” as justification for the move to land. In addition, the current requirement that the casinos have an operable paddleboat would no longer be in effect.

NOLA.com The Times-Picayune reports that supports of the measure say that some riverboat casinos have to move ashore for safety reasons, namely the Belle of Baton Rouge and Hollywood Casino Baton Rouge, both of which are located on the Mississippi River, which according to supporters, is dangerous.

Retired officer and superintendent of the Louisiana State Police, Rep. Terry Landry, D-New Iberia, reportedly said that with the riverboats on the Mississippi, “It’s not a matter of if, it’s a matter of when, we are going to have a catastrophe out there.” In the state police, Landry was also a director of the gaming enforcement division.

The racetrack bill will return to the Senate for a second vote and if successful will make its way to the governor.