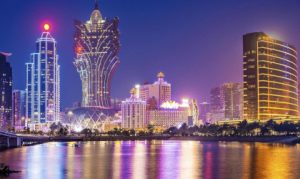 The highest ranking security official in Macau has reportedly announced that some 3,050 foreigners had been arrested either inside or near a casino last year on suspicion of being involved in illegal currency exchange activities.

According to a Tuesday report from GGRAsia, the revelation came from the city’s Security Secretary, Wong Sio Chak, and included a proclamation that all of the suspected law-breakers, whose nationalities were not detailed, had later been ‘repatriated’ to their countries of origin.

Wong reportedly stated that slightly over 74% of these individuals had previously been banned from entering Macau due to similar allegations and that his office was now working with security forces in China in order to more closely investigate their backgrounds. He purportedly declared that these inquiries will also seek to determine whether such individuals are in any way tied to ‘organized operations’ such as the local triad crime syndicates.

Gamblers in Macau often seek out the services of illegal currency exchange providers in order to obtain a better rate than is being offered via official channels such as banks. It moreover explained that the activity has become especially popular with Chinese players following Beijing’s introduction last year of tougher currency export controls.

“There have been specific measures that are put in place to tackle money laundering and a cap was implemented on the daily amount of money that a [mainland Chinese] client can withdraw [from ATMs here]. Also, there is a face-recognition mechanism installed at the ATM machines here. But as people [from mainland China] still want to withdraw money to gamble, this had led to an increase in frauds related to these [illicit] money exchange activities.”

Following the passage of new rules in January of 2018, Chinese nationals are reportedly now only able to withdraw approximately $14,939 per year via a foreign ATM while an older local regulation established the maximum amount such visitors may take out of a machine in Macau at about $618.

“This year so far, we stopped and checked 545 people and all of them were eventually sent back [to mainland China]. Among these, 411 people were banned from entering Macau again.” 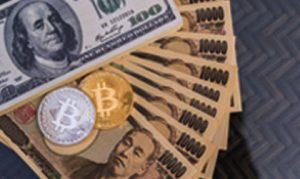 According to Wong, 2018 had seen a 2% rise year-on-year in the number of crimes that had taken place inside or near a casino to 1,884 instances. But, he furthermore proclaimed that a 25.9% increase to 554 in the amount of people arrested in connection to allegations of loan-sharking last year had led to a 33% decline in suspected unlawful detention cases to 309.

“In 2018, a main cause for a rise in the number of loan-sharking cases was that the police had been actively pursuing investigations and crackdowns against such crimes. Because of this targeted action, more loan-sharking cases had been prevented from being developed into unlawful detention cases and hence this type of crime has been effectively controlled and the occurrence has continuously been lowered,” Wong concluded.

In Macau, a slowing economy together with the prospects of a heightened trade war involving the United States and China could reportedly lead to significant challenges for the 3 foreign gambling firms that operate casinos in the former Portuguese enclave. [...]

At North Korea, construction of a brand new 30-story resort and casino to the northwest of this impoverished Asian country has allegedly been suspended amid rumors that the government of China had lodged an official objection against the coming venue. [...]
Comments
Leave a reply