Songs for Darth Vader to Live By 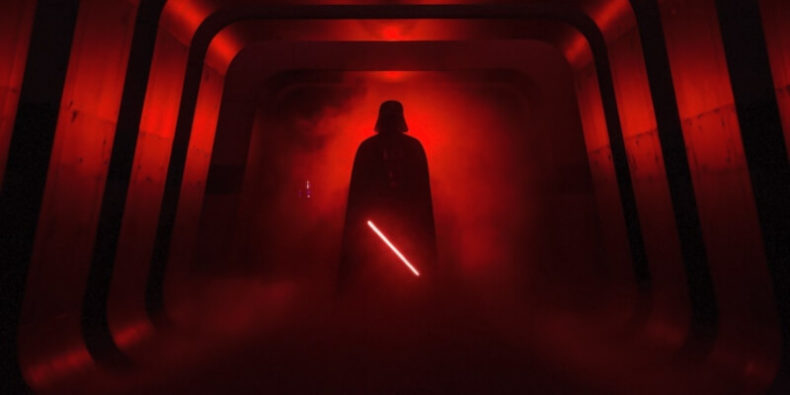 What would the soundtrack to Darth Vader’s life sound like? He’s such a complicated character. If you follow the chronological order of the first 6 Star Wars movies (as opposed to their release dates), he starts out as a sweet young boy. Then he goes on to be filled with rage and serious homicidal tendencies, before redeeming himself as he dies in the arms of his son.

Stirring stuff. And threading through all of that is his constant struggle between good and evil, the light and dark sides of The Force. Anakin becomes Vader and then goes back to being Anakin in the best tradition of tragic heroes, with a serious dose of teenage arrogance along the way.

Annoying as this hubris is (and I think anyone who has watched Attack of the Clones can agree that it really is), it’s essential for the saga. The young Skywalker’s cockiness means he doesn’t think he can make mistakes. He’s less cautious, and ends up trusting the wrong individuals and making other errors in judgement.

In Shakespearean terms, this hero’s fatal flaw is his arrogance. He’s so evil and yet so human that he is endlessly fascinating to watch. Psychology professors have even used him to explain Borderline Personality Disorder, since he has enough of the required traits to be diagnosed as such. So if you got hold of his iPod and the songs reflected different parts of his life, what would you hear?

Unlike Cooper in the song, Anakin thought he knew exactly what he wanted. Did he, though? Would he have chosen the path he went down? The fact that he kills the Emperor in Episode 6 says no. The hard-rocking, ignorant vulnerability of I’m Eighteen captures that perfectly. There’s even a line in there about running into outer space. Also, I can just really see the adolescent, would-be Jedi banging his head along to this.

I Want to Break Free by Queen

A lot of people interpret these lyrics as wanting to get out of a relationship, either because it’s too oppressive or because it makes you vulnerable. But for Anakin, I think it’s about feeling stifled by his tutors.

The line about someone being self-satisfied could have come directly from him, to the Jedi Council. And of course, as a Knight he is forbidden to have any romantic relations. Having already fallen for Padmé, the section on falling in love for the first time and knowing it’s real probably really speaks to him.

Checkout out JackpotCity’s range of fantastic online casino games, and who knows? The force might just be with you!

Drop the Mask by Diana Ross

Granted, this is a little on the nose. Darth Vader, after all, wears a mask after his near-fatal battle with Obi-Wan Kenobi. He has transformed from good to evil, and his mask covers the face of who he was before. Even though by this time he is the ultimate supervillain, I get a kick out of some small part of him still needing to express himself and feeling misunderstood.

Cat’s in the Cradle by Cat Stevens

The seminal classic about not having enough time with your son perfectly sums up dear Darth’s daddy issues. Young Anakin was born to a virgin mother so he didn’t have a father figure at all, and then he wasn’t there for Luke. Also, there is significance in the lyrics that say that the boy grew up just like his dad. This skips a generation, but a strong case could be made for this showing that Vader regrets the ambition and dark side allegiance of his grandson, Kylo Ren.

Keep Me in Your Heart by Eddie Vedder

This song was written by Warren Zevon, but Vedder’s performance is definitely my favourite. I also think it suits the fallen Darth Vader best. The wistful lines implore a loved one to remember someone who has passed away, and I think that’s what Luke does when he looks into the sky and sees Anakin’s spirit watching over him.

Source: Comics Beat He’s arguably the world’s most popular superhero, and it’s not hard to see why. Peter Parker was little more than a mild-mannered teenager, struggling with the trials and tribulations of high school when a genetically [...]
Comments
Leave a reply