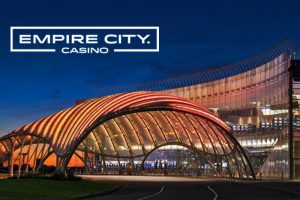 MGM-Empire City Casino deal could get the go-ahead today, securing the Las Vegas powerhouse’s entry into the local gambling market

The gaming regulator had originally scheduled a January 3 meeting to review the deal and give it the go-ahead. However, it canceled that meeting, providing little information as to why it decided not to hold it.

Today’s meeting is part of the commission’s regular schedule. Aside from the MGM-Empire City Casino deal, New York gaming regulators are also expected to finally open discussions on the regulation of sports betting in the state. If the practice gets authorized in New York, MGM will certainly look to establish itself in the local wagering market.

For now, the Las Vegas gaming and hospitality company needs to secure its entry into New York. MGM first announced its plans to purchase Empire City Casino and the accompanying Yonkers Raceway last spring. The operator is set to pay $850 million to the Rooney family that has owned the casino and racetrack since the early 1970s.

Any transactions of this kind need approval from the NYS Gaming Commission. As mentioned above, the regulator was expected to give the nod to the deal earlier this month, but it unexpectedly canceled its meeting. 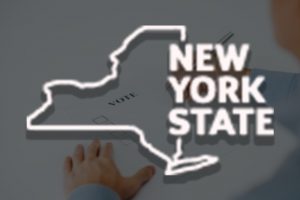 Once the transaction is finalized, MGM, whose portfolio includes properties in Las Vegas, Atlantic City, and Asia’s gambling mecca Macau, will take the reins of a massive gaming property with 5,300 video gaming terminals and New York’s largest harness track.

According to local news outlets, MGM would look to add a hotel and new entertainment facilities at the site, but the company is yet to confirm any plans for the future of the property, which is located just 15 miles from Times Square. Last summer, the Las Vegas gambling powerhouse opened Massachusetts’ first commercial casino resort in the city of Springfield. The property features a full-blown Las Vegas-style gambling floor.

MGM will probably seek a table game license from New York gambling regulators to boost the existing gambling offering at Empire City Casino. However, the state has a moratorium on the issuance of new casino licenses until 2023, or precisely ten years after its law authorizing commercial gambling at four Upstate casinos took effect.

As mentioned above, the sports betting debate is likely to officially start today as the Gaming Commission has included the topic on the agenda for its meeting. New York legalized sports betting in 2013, but the state’s gaming regulator needs to craft and approve the necessary regulations for the provision of sports gambling services within state limits.

According to analysts, if the sports betting regulation process goes with no complications, the state could go live with retail wagering by May.