For the first time ever in Belarus -- Minsk iGaming Affiliate Conference 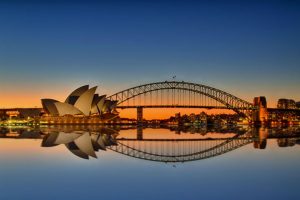 James Packer’s A$2-billion Sydney hotel, casino, and residential tower has cleared another major hurdle on its way toward its eventual materialization, it became known earlier on Friday

The authority itself is developing other parts of Barangaroo, but those developments, under their revised plans, threatened to obscure vistas of the Harbour Bridge and the Opera House from Crown and Lendlease’s properties.

The two companies brought the New South Wales Government to court, arguing that the Barangaroo Delivery Authority has broken its agreement to preserve the “sight lines” to the Opera House and Harbour Bridge. The State Supreme Court ruled today that the agreement was indeed broken as the authority acted on its own developments without first discussing its plans with Crown and its fellow litigant.

Justice Robert McDougall ruled today that the development agreement between the involved parties “includes provisions designed to protect those sight lines and views.” The ruling went on that the original plan for Barangaroo Central involved significant height restrictions that would have made it possible for Crown and Lendlease’s developments to enjoy “sweeping views.”

However, late last year, the Barangaroo Delivery Authority penned an agreement with a consortium led by Melbourne construction company Grocon whose Central Barangaroo development plan involved the construction of towers much higher than those in the original concept plan.

Retention of Sight Lines Not Guaranteed 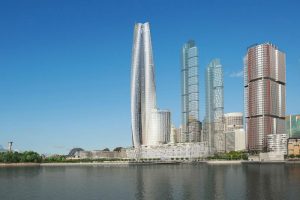 The authority argued that the sight lines were not guaranteed expressly under its agreement with Crown and Lendlease. The latter two companies admitted that but said that they still had to be given a “seat at the table” over the course of the Central Barangaroo development negotiations.

The Supreme Court Justice sided with Crown and Lendlease in their argument. He further said that “negotiations must nevertheless start from the position of retention” of the sight lines. The Justice revealed that he would release orders related to the case on Monday when the involved parties are set to return to court.

The Barangaroo Delivery Authority said in a statement that it was disappointed by the ruling. It also became known that the state-run entity might seek to appeal Justice McDougall’s decision.

Crown’s Sydney tower has been years in the making. Founder James Packer personally lobbied the New South Wales Government for a permission to build a high-rise tower with a high roller casino, a luxury hotel with views of the Opera House and Harbour Bridge and a residential portion, yet again with sparkling vistas of Sydney’s most prominent landmarks.

When operational, Crown’s Sydney casino will become the city’s second full-blown gambling venue, breaking the long-standing gambling monopoly of the company’s rival The Star Entertainment Group and its The Star Sydney casino.