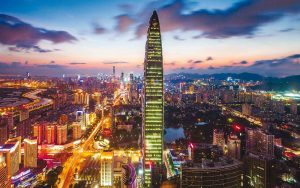 The Nanshan District police carried out on June 21 a raid that concluded with the arrest of seven individuals suspected to have conducted illegal sports betting services on the territory of China as the World Cup is in full swing in Russia.

Police seized computers and mobile phones believed to have been used by the illegal gambling ring to operate betting services. Local media reported that further probes will be carried out in relation to the latest detention of people suspected to be providing online betting services in a manner that breaches local regulations. It is believed that bettors serviced by the ring had managed to stake around CNY100 million (approximately $15.1 million) on World Cup matches.

This was not the first time raids were carried out in Shenzhen City in relation to the ongoing major sports event since it began on June 14 and even prior to that, as local police are stepping up efforts to prevent the illegal provision of gambling services across the nation. 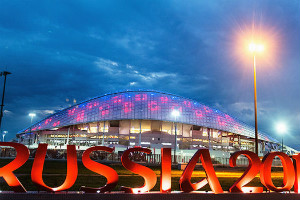 Earlier this month, a joint operation of Hong Kong and Mainland China police saw multiple raids taking place in a number of cities across China, including Shenzhen, to uncover illegal sports betting operations ahead of this year’s edition of the World Cup.

More than 20 locations were raided and 45 individuals aged between 24 and 62 were detained as they were suspected of offering illegal betting and gaming services. Police confiscated betting records for football and horse racing with a total value of HK$32 million (approximately $4.1 million).

To prevent illegal gambling operations from taking place during the World Cup, Hong Kong police and other law enforcement agencies announced earlier this year that bars and games centers across the city would be raided constantly during the major sports event and that there would be enhanced inspection across various control points. Most of the city’s anti-gambling operations kicked off about two months ahead of the World Cup in Russia.

Unlike other major markets across Asia, including Thailand and Malaysia, where online sports betting is illegal, Hong Kong has a framework regulating activities of this type. However, regulated betting entities in the special administrative region have long been complaining that their unlicensed rivals have been stealing customers creating a behemoth unsupervised market.

According to recent information provided by the Hong Kong Jockey Club, the amount of $68 billion could be staked illegally in the city during the World Cup. This is expected to cost Hong Kong more than $1.7 billion in betting revenue this year. The Jockey Club is among the entities to receive revenue contributions from licensed betting activities conducted on the city’s territory.